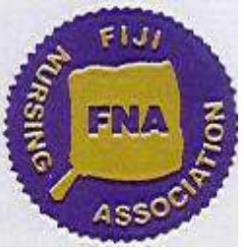 The idea of forming an Association of Nurses in Fiji was first mooted at a gathering of 6 locally trained nurses on 27th October 1956 at S/N Varanisese Daunibau’s residence, Talasiga Street, Suva.

With the help and encouragement given by the late Ravuama Vunivalu, the late Sir Maurice Scott and the now Minister of Education, the Honorable Semesa Sikivou, a draft constitution was formulated and a membership drive commenced. This resulted in the recruitment of 25 members.

On 05th January 1957, the new Association held its first Annual Conference in Suva and of the ninety-seven (97) nurses who had since joined, sixty (60) attended.

Today membership stands at approximately 1163 or 87% of all nurses employed by the Government of Fiji. Membership is open to any nurse who is registered and practicing in Fiji plus persons in training for the occupation of nursing (i.e. student nurses). Nurse Aides and Nurse Auxilliaries are also eligible for membership.

At the present time the Association has 20 Branches situated in various centres throughout Fiji. Our organization has successfully negotiated the inclusion of a representative on the Scholarhsip and Training Committee for Nurses, Transfer Committee for Nurses, Selection of Trainee Nurses Committee and others relevant to nurses and nursing.

On 23rd March 1977, the Government of Fiji officially gave our Association recognition for collective bargaining purposes under the provisions of the Trade Unions (Recognition) Act, 1976. With this recognition the Fiji Nurses Association is now the only trade union in Fiji that can legally bargain for nurses.

Today the Association is working feverishly to establish improved working conditions for nurses.

Some of the objectives of the Association which may be of interest are: