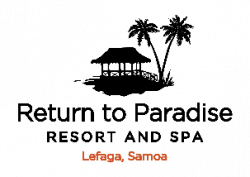 Return to Paradise Beach in Lefaga Samoa was named after the 1953 film starring Gary Cooper and Roberta Haynes. Samoans have regarded this beach as particularly special and it is nothing short of a spectacular beauty. It caught the attention of Hollywood location scouts who determined it to be the perfect setting for their film. The beach then became an iconic symbol of Samoa, deemed so valuable that traditional landowning families divided it amongst themselves. This ensured that everyone had customary ownership and guardianship over a part of the beach, thus preserving it forever.

Email me jobs from Return To Paradise Resort & Spa