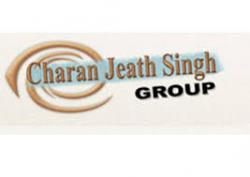 Charan Jeath Singh Group of Companies was founded by Mr Charan Jeath Singh about 20 years ago when it first ventured into acquiring a piece of land adjacent to the Labasa Bus Stand / Municipal Market and established its first retail outlet under the brand name of Gurbachans Foodtown Ltd.

It later entered the field of hospitality and entertainment through its Friendly North Inn, an up-market Motel in Labasa and Lautoka Hotel in the town of Lautoka. The Group also acquired various other real estate properties in Suva, Suva-Nausori corridor, Nadi Town and Labasa.

It has also set up a bakery and pizza outlets both in Lautoka and Labasa. The Group manages all its different activities under various trading names such as Gurbachans Foodtown Ltd, Gosal Distributors - an importing and distributing arm of the Group, Orange Coast Investments Ltd which mainly concentrates on hospitality aspects of the business operating hotels and motels and the property division under Charan Katonivere Holdings Ltd.

Recently, the Group has embarked upon two sugarcane farms in Labasa. It has invested substantial sum in equipping the farm with modern farming equipment and besides sugarcane farming, a variety of mixed vegetable farming is also carried out on a commercial basis. It has also acquired the once “Pride of Labasa” or indeed of the “North” The Grand Eastern Hotel.

Its latest venture is a Paper Recycling Factory trading as South Pacific Waste Recyclers, located in Suva. The Charan Jeath Singh Group is looking into expanding this operation even further to capture the export market in the near future.