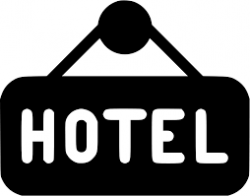 The Hexagon Group is headed by Dixon Seeto - a prominent figure in the Fijian hospitality industry. A Fijian businessman and leader of Chinese descent, Mr Seeto is the President of the Fiji Hotel and Tourism Association and Board member of the Fiji Commerce and Employers Federation and is on a number of Chinese entities Board of the Chinese Association of Fiji. On the 10th December 2005, Mr Seeto won the 2005 Excellence Award for his contribution to the tourism industry.

The Hexagon Group continues to flourish under Mr Seeto’s leadership and management.

Hexagon Group - the journey through the years

The Hexagon Group of Companies commenced operation in 1982 and branched out into property development in 1984. After several housing, commercial and multi-dwelling developments the Group embarked on its first Hotel project in 1988 and opened its doors as a tourism plant in October 1990 with the introduction of the Tokatoka Resort Hotel across from the Nadi International Airport.

In a matter of 24 months Tokatoka Resort earned itself a reputation as the most sought after Nadi airport hotel for New Zealand and Australian Visitors. The Group sold its interest in Tokatoka some years ago. The Group embarked on an apartment style inner city hotel in the capital Suva with the opening of Suva Motor Inn in August 1995. This property has proven over the years to be the most sought after and affordable business and family accommodation in the capital city.

Email me jobs from Hexagon Group of Hotels